A few ideas for meals, 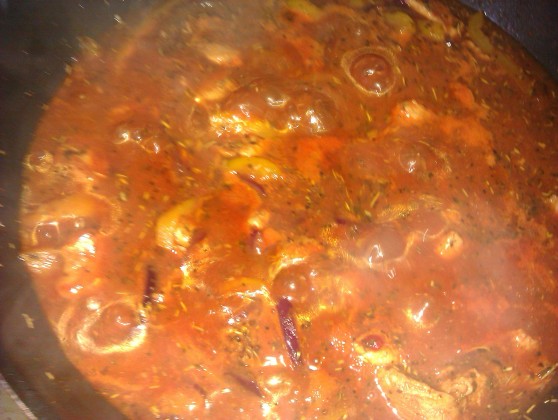 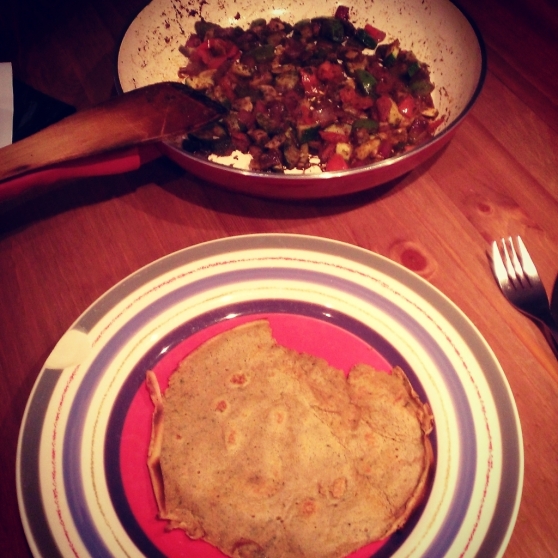 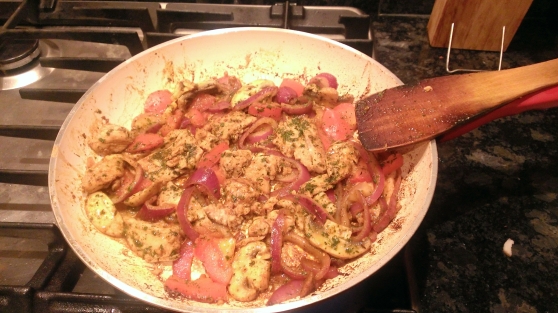 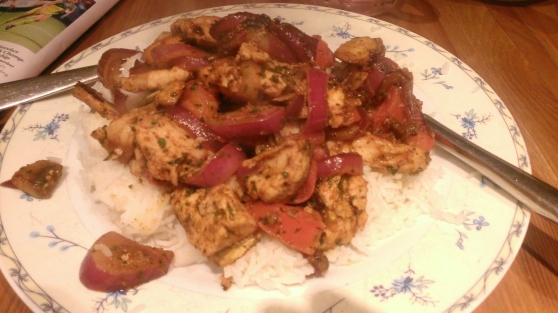 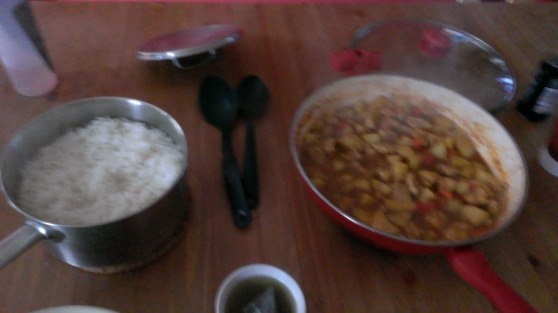 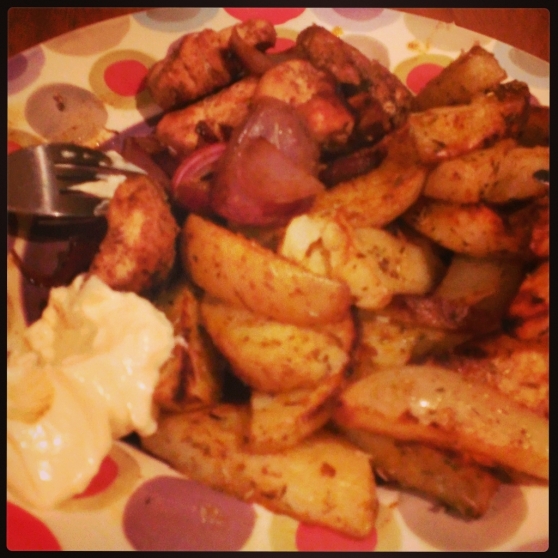 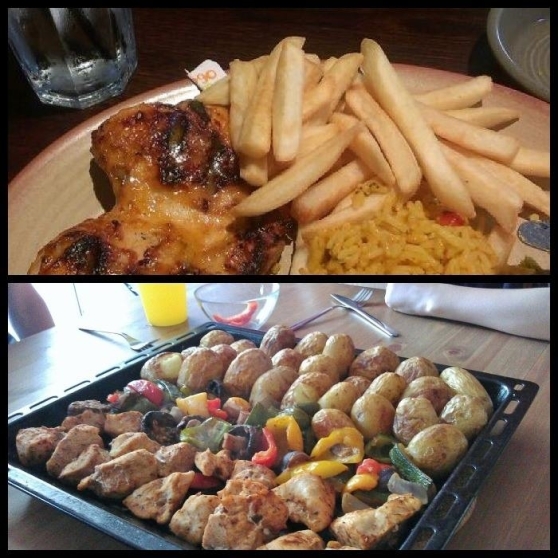 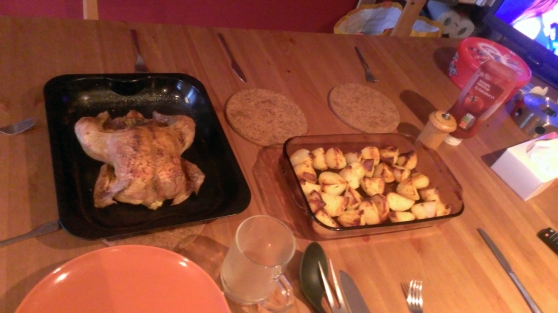 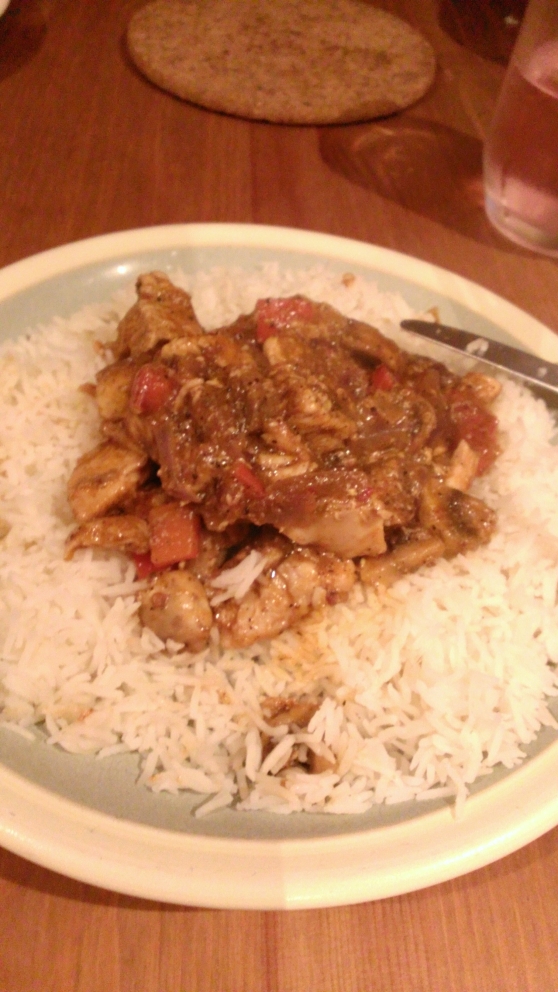 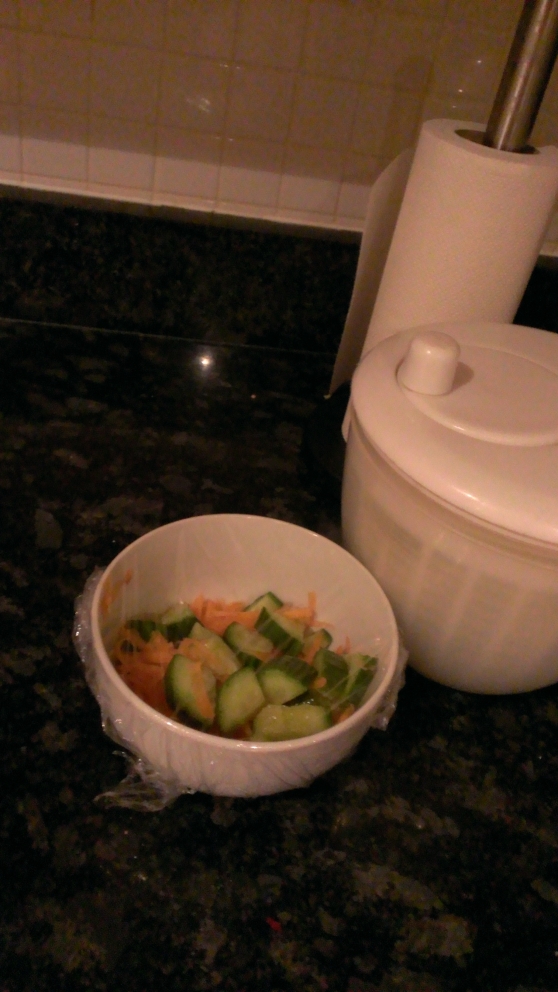 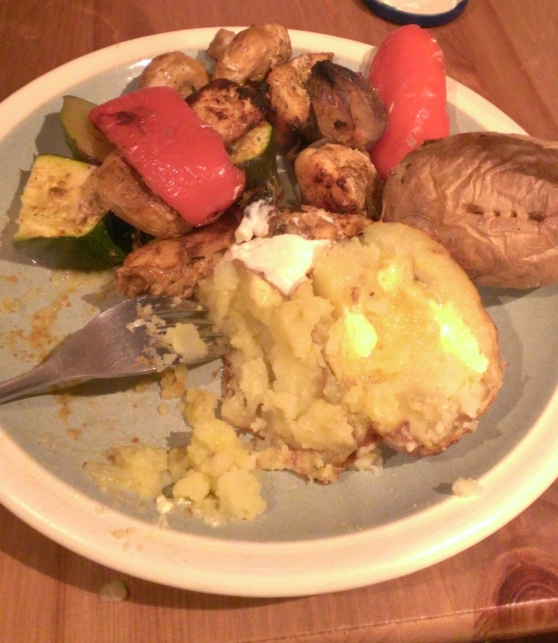 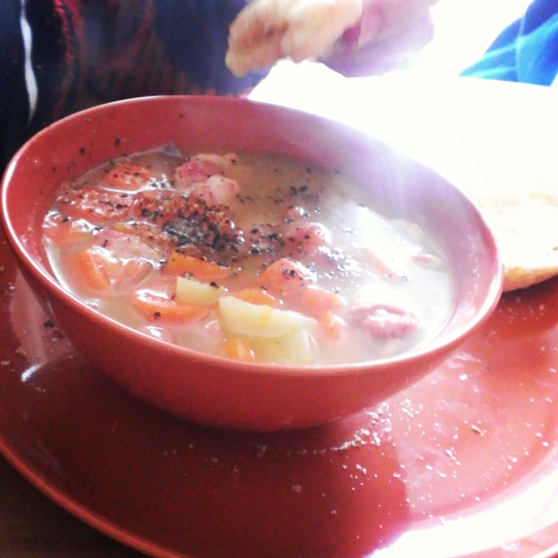 I will elaborate on later as the candles burnt long enough tonight!

Method for the stock

1, Heat the butter and vegetable oil in a large pan and gently fry the leeks, onions and fennel for 3-4 minutes, or until softened.

2. Add the white wine to the pan and bring to the boil. Add the smoked haddock, pour in the water and bring back to the boil. Reduce the heat and simmer for 30 minutes, skimming off any scum that rises to the surface, until the haddock is cooked through.

3. Strain the haddock, reserving the cooking stock. Chop the haddock into bite-sized pieces.

Method for the soup

1, Heat the butter with the vegetable oil and fry the leeks, shallots and garlic for 3-4 minutes, or until softened.

2, Add the potatoes and the chopped smoked haddock to the pan.

3, Add the reserved cooking stock and bring to the boil, then reduce the heat and simmer for 10-15 minutes, or until the potatoes are tender.

4, Stir in the cream and briefly blend the soup with a stick blender.

Serve the soup with crusty bread and sprinkle with the chopped fresh parsley and a sprinkling of freshly grated nutmeg.

I note that in the main exercise physiology and sports nutrition appears to be an obvious omission  regarding muscle cramps.

However, it is debatable to say that the imbalances of fluid or the mineral electrolytes; sodium, potassium, calcium, and magnesium in the diet should be ruled out as causes of all nocturnal and exercise-associated cramps – opinions differ.

One thing remains, after exercise replacing lost fluids is needed and so drink plenty of water avoid caffeine and alcohol when exercising or too soon afterwards.

Sodium is one of the main positively charged mineral ions or electrolytes in body fluid; needed to help maintain normal body-fluid balance and blood pressure, with other electrolytes, critical for nerve impulse generation and muscle contractions. It has an important role in regulating blood pressure, fluid and electrolyte balance, the body has an effective mechanism to help regulate the levels of sodium in the blood on a variety of sodium intakes. If the sodium concentration in the blood starts to drop, a series of complex events leads to the secretion of a hormone called aldosterone, which signals the kidneys to retain sodium. If sodium levels are too high, aldosterone secretion is inhibited, which allows the kidneys to eliminate some sodium through urination. Another hormone, called antidiuretic hormone (ADH), also helps maintain normal sodium levels in body fluids by signaling the kidney to retain water and sodium. Typically, levels of both aldosterone and ADH increase during exercise, which helps conserve the body’s water and sodium stores.
Actual sodium-deficient states caused by inadequate dietary sodium are not common because the body’s regulatory mechanisms are typically very effective. Humans even have a natural appetite for salt, which helps assure that they take in enough sodium to maintain sodium balance.. Sodium-conserving mechanisms are activated in athletes who lose excessive sodium and other electrolytes during prolonged sweating.

Muscle cramps are reported to occur during the sodium-deficient state, researchers believe that alterations in sodium balance are not involved in exercise-associated cramps. This is despite the fact that significantly lower postpost exerciseum sodium concentrations have been found in endurance athletes who experienced cramps during a race compared to those who did not develop cramps. One of the reasons this is downplayed may be because serum sodium concentrations remain within the normal range, despite being significantly lower in the athletes with muscle cramps.

Thought that for vegans/vegetarians who exercise or who are athletes to be at risk for muscle cramps and other problems because of low sodium intake. The reason is most likely because they ignore their salt craving cues—eating mostly unprocessed and unsalted foods—while continuing to lose considerable salt through sweating. The recommendation is to keep sodium intake to 2.3 grams or less per day is not appropriate for most athletes because of their higher sodium losses. Thus, while it is not likely that low sodium intake is the cause of cramps in most athletes, it is certainly possible that a vegetarian athlete prudently following a low-sodium diet for health reasons might experience muscle cramps that would be relieved with more liberal use of the salt shaker.

However, I despise the salt shaker, there is salt in processed foods if you eat them and small amounts naturally then unless you sweat excessively you should be okay just drink plenty of water.

Potassium is the major electrolyte found inside all body cells, including muscle and nerve cells. It works in close association with sodium and chloride in the generation of electrical impulses in the nerves and the muscles, including the heart muscle. Potassium is found in most foods, but is especially abundant in fresh vegetables, potatoes, certain fruits (melon, bananas, berries, citrus fruit), milk, meat, and fish.

Even though little evidence is available to support a link between potassium intake and muscle cramps, it is quite interesting that most athletes—and non-athletes alike—think that the banana is the first line of defense in preventing muscle cramps. If only it were that simple. Furthermore, athletes following vegetarian diets are not likely to experience muscle cramping as a result of low potassium intake because the vegetarian diet provides an abundance of potassium. An athlete who is recovering from an intestinal illness, restricting calories, or taking diuretics or laxatives should, nevertheless, make an effort to consume potassium-rich foods, particularly if he or she is experiencing muscle cramping. Because of the dangers of hyperkalemia, potassium supplements are not recommended unless closely monitored by a physician. The recommended daily intake for potassium is 4,700 milligrams per day for adults.

As discussed in chapter 6, the vast majority of calcium found in the body is found in the skeleton where it lends strength to bone. Calcium, however, is involved in muscle contractions, including that of the heart, skeletal muscles, and smooth muscle found in blood vessels and intestines, as well as the generation of nerve impulses. Blood calcium is tightly controlled and regulated by several hormones, including parathyroid hormone and vitamin D.

Although impaired muscle contraction and muscle cramps are commonly listed as symptoms of calcium deficiency, many exercise scientists feel that low calcium intake is not likely to play a role in most muscle cramps. This is because if dietary calcium intake were low, calcium would be released from the bones to maintain blood concentrations and theoretically provide what would be needed for muscle contraction. This thinking, however, does not completely rule out the possibility that muscle cramping could be caused by a temporary imbalance of calcium in the muscle during exercise. Certainly, we know that people with inborn errors in calcium metabolism in skeletal muscle (which will be discussed later) are prone to muscle cramping.

Despite so little being known about low calcium intake and muscle cramps, calcium is one of the nutritional factors people most associate with relieving cramps, second only to the potassium-rich banana. Although to my knowledge studies have not assessed whether dietary or supplemental calcium affects exercise cramps in athletes, a recent report found that calcium supplementation was not effective in treating leg cramps associated with pregnancy. On the other hand, anecdotal reports from athletes are common. Nancy Clark tells of a hiker who resolved muscle cramps by taking calcium-rich Tums and of a ballet dancer whose cramping disappeared after adding milk and yogurt to her diet. Because calcium intake can be low in the diet of some vegans and vegetarians, inadequate calcium should also be ruled out in vegetarians experiencing muscle cramps.

In addition to its role in bone health, magnesium plays an important role in stabilizing adenosine triphosphate (ATP), the energy source for muscle contraction, and also serves as an electrolyte in body fluids. Muscle weakness, muscle twitching, and muscle cramps are common symptoms of magnesium deficiency.

Limited data have suggested that magnesium status is indirectly related to the incidence of muscle cramps. In these studies of endurance athletes, the athletes who developed muscle cramps were found to have serum magnesium concentrations that were different from their competitors who did not cramp. The research, however, presents a confusing story because serum magnesium was significantly lower in cyclists who cramped during a 100-mile (160 km) bike ride and significantly higher in runners who cramped during an ultradistance race. In both studies, serum magnesium remained within the normal range but was low-normal in the cyclists who cramped and high-normal in the runners. Interestingly, studies in pregnant women have found that supplementation with magnesium (taken as magnesium lactate or magnesium citrate in doses of 5 millimoles in the morning and 10 millimoles in the evening ) show promise for treating pregnancy-associated leg cramps. Research, however, has not addressed whether dietary or supplemental magnesium can prevent or reduce muscle cramps in athletes.

Inadequate carbohydrate stores have also been implicated as a potential cause of muscle cramps. Theoretically, it makes sense that hard-working muscles might experience cramping in association with the depletion of its power source—carbohydrate. While all athletes should consider the recommendations presented earlier to optimize performance, athletes with a history of cramping during prolonged exercise should ensure that they consume adequate carbohydrate during exercise and in the days before and days following an endurance event. 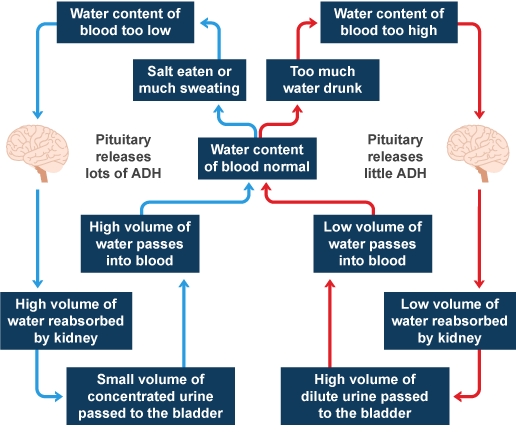 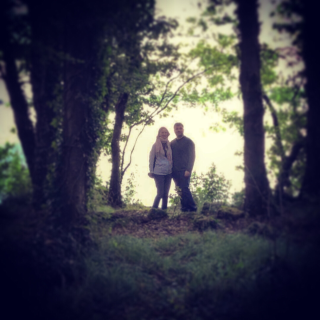